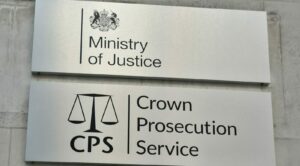 The CPS have launched a public consultation regarding updated guidance on the prosecution of so called ‘mercy killings’ and suicide pacts. The guidance is used to assist prosecutors in determining whether a prosecution is in the public interest.

The new consultation is running until 8 April 2022 and members of the public can respond on the CPS website here.

Mercy killings are defined by the CPS as when an individual ‘believes they are acting wholly out of compassion for the deceased, or at the request of the deceased’. This is as opposed to ‘encouraging or assisting’ the suicide of another person – such as assisting a family member to travel to Switzerland – which is currently punishable by up to 14 years imprisonment under the 1961 Suicide Act.

The draft revisions would introduce new guidance regarding public interest factors which tend in favour or against a prosecution. Notably, the guidance tends against prosecution ‘if the victim had reached a voluntary, clear, settled and informed decision to end their life’.

In addition, it is proposed that the following sentence be removed from the guidance: “Subject to sufficiency of evidence, a prosecution is almost certainly required, even in cases such as ‘mercy killing’ of a sick relative”. The removal of this guidance reflects current practice and recognises that prosecutions in such cases may not be in the public interest.

These changes would bring the ‘Homicide: Murder and Manslaughter’ guidance closely in line with the Policy for Prosecutors in Respect of Cases of Encouraging or Assisting Suicide, which was originally published in 2010 in response to the case of Debbie Purdy. This followed a similar public consultation which attracted over 5000 responses.

In 2009 Ms. Purdy successfully argued that it violated her human rights not to know whether her husband would be prosecuted for assisting her to travel to Dignitas, resulting in the House of Lords ordering then Director of Public Prosecutions, Keir Starmer, to clarify when a prosecution would be required in the public interest.

Whilst the draft updated guidance is welcome to assisted dying campaigners, many are now arguing that this further highlights how current laws are not fit for purpose.

Chair of My Death, My Decision, Trevor Moore comments:

“While a consultation by the Crown Prosecution Service on public interest guidance for ‘mercy killings’ is welcome, it serves to highlight how broken our current system is for dealing with those cases where an individual acts out of compassion in helping one person to end the life of another at their request. What we need is a compassionate assisted dying law that would ensure appropriate safeguards and transparency – something that around 90% of the public support. That is why we call for a full parliamentary, public inquiry.

We know from other countries where assisted dying is permitted – around 350m people worldwide now have this right – that the option of a medically assisted death is welcomed by those who meet the criteria. We also know that the very fact of having that option gives people comfort and autonomy, often leading to extended lives that might otherwise have ended in a sad or botched suicide.”

Your ticket for the: Crown Prosecution Service launches consultation on public interest guidance in so called ‘mercy killing’ cases