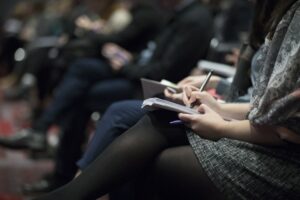 In a nationwide first, the Jersey Health Minister has said he will establish a public forum of 12 – 24 citizens to consider the issue of assisted dying reform. My Death, My Decision has welcomed the decision, which it is hoped will mark the beginning of a process to allow those who are incurably suffering or terminally ill to access a legal, safe, and compassionate assisted deaths.

The proposed ‘jury’, which would consist of a randomly and representative sample of islanders, would be tasked with producing a detailed report and set of recommendations on assisted dying, after having listened to leading experts both for and against a change in the law.

The latest move in Jersey follows after the Government had pledged to conduct a review into the current law on end-of-life practices – including assisted dying – and after My Death, My Decision’s partner in the Assisted Dying Coalition, End of Life Choices Jersey, found that more than 80% of islanders favoured a change in the law for those who are incurably suffering or terminally ill.

The moves mirrors a similar approach which later led to abortion reform in the Republic of Ireland in 2016.

Commenting on the decision, My Death, My Decision’s Chair Trevor Moore said:

‘The current law on assisted dying isn’t working. It places an unjust financial and emotional burden on those who are incurably suffering or terminally ill, and in many cases forces adults to end their lives before they would otherwise wish.’

‘But whilst there is now overwhelming public support for a change in the law, parliamentary attitudes have stayed the same – despite major changes in other jurisdictions, including Canada. These proposals for a citizen’s jury are a huge step in the right direction, and send a clear message that assisted dying shouldn’t be left in the ‘too-hard to resolve’ category anymore. We thoroughly endorse this decision and will assist the panel in any way we can to ensure there is an open, honest, and evidence-based debate.’