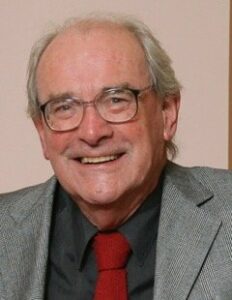 My Death, My Decision was saddened to hear recently of the death of Dr Michael O’Donnell, a distinguished member of our Medical group and an active supporter of assisted dying. As Michael proudly recalled in his short CV when he joined us, “the British Medical Journal said ‘not to have read Michael O’Donnell’s World Medicine was to have been incomplete as a doctor’.” He edited World Medicine for 16 years. Its influence lay in the fact that it was the only non-academic medical journal read by both GPs and hospital doctors but Michael himself regularly came top of the poll in elections to the General Medical Council, where he was a leading voice for much-needed reforms. As a medical student, he wrote and acted in reviews and his friendly manner made him a popular choice for several regular radio and TV programmes

In 2010 following the far-from-peaceful and dignified death of his wife, he wrote a powerful article for the BMJ in support of assisted dying. Our thoughts go out to his friends and family.