Skip to content
Home|Advance Decisions|MDMD condemns inhumane lack of choice, as incurably suffering man is forced to starve himself to death
Previous 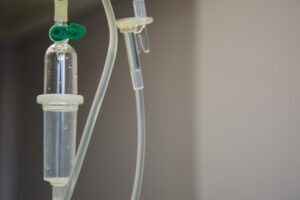 An incurably suffering man, who wants the option of a legal assisted death, has decided to end his life by starving himself to death – while the choice is still within his control to make.

Michael Askham, a 59-year father of three and former nurse, suffers from motor neurone disease and is unable to walk, talk, or socialise as he used to. He now believes that if he does not act to end his life soon, his only prospects will be a slow, drawn-out, and painful death.

Speaking ahead of his decision to die, Michael has urged MPs to vote in favour of assisted dying reform – and allow others in his situation more time with their loved ones.

‘All elements of life have slowly been taken away from me. Socialising, singing, eating, drinking, running, walking, playing guitar, working and driving. Life is no longer giving me enough pleasure for me to wish to continue’.

‘My wish is for MPs to support and push for progress towards assisted dying in the UK. I understand that some people could be seen as being at risk of exploitation when assisted dying is legalised. Countries with the law already in place have legal processes to protect vulnerable people’.

‘I would hate to imagine any of my children going through this experience in the UK’.

Phil Cheatle the Lead Campaign Commentator for My Death, My Decision said:

‘It is barbaric that the only option available to those facing constant and incurable suffering, like Michael, is the inhumane process of starvation. There is a better and more compassionate way.’

‘More countries than ever, including Canada, now permit the option of an assisted death for adults of sound mind – showing that such changes in the law can be achieved in a safe and compassionate manner. For some, even the comfort of knowing that an assisted death is available if needed is enough in itself – as it enables them to be secure in the knowledge that they will not have to suffer more than they can bear.’

‘We need a change of law in the UK so that doctors can provide the end of life assistance that their patients want – excellent palliative care with the option of a medically assisted death when the best palliative solutions are inadequate.’