Adults have a right to shape and control their end-of-life, says Court of Protection 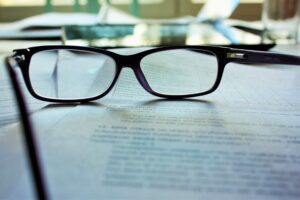 A 34-year-old man who is on life-support will be allowed to die following a ruling from the Court of Protection. The man, known as ‘MSP’ for legal reasons, has suffered from ‘painful and complex abdominal problems’ for more than a decade. His life could only continue if he had a permanent stoma inserted. This was something that he had tried but found unacceptable and had removed. Shortly afterwards he was readmitted to hospital as an emergency.

MSP had carefully considered his future and wrote a detailed advance decision which explicitly refused a permanent stoma. The judge pointed out that ‘there are procedural deficiencies in MSP’s Advance Decision, for example, the signature was not witnessed by a second person as required’. However, having carefully considered the situation and heard evidence from his family and doctors Mr Justice Hayden chose to overlook the deficiencies as the advance decision still provided strong evidence regarding what was in MSP’s best interests.

The case was complicated as, when MSP was readmitted to hospital, the consultant on duty was not aware of the background of the case or of the advance decision. The consultant impressed upon MSP that his condition was life-threatening and that he required a stoma to be formed immediately. Surprisingly MSP agreed and the operation was performed. He remains unconscious, on life-support with artificial feeding and hydration. The intervention of a consultant who knew MSP’s case well seems to have been the reason why the case went to court to establish, under the circumstances, what is in MSP’s best interests.

In analysing the situation the judge concluded: ‘this is not a case about choosing to die, it is about an adult’s capacity to shape and control the end of his life. This is an important facet of personal autonomy which requires to be guarded every bit as jealously for the incapacitous as for the capacitous’.

‘The case is clearly complex, though there are important lessons to be learned. As this case demonstrates, advance decisions are powerful legal documents, but they must be completed correctly, to ensure that a patient does not get treatment they do not want, when they are unable to communicate that wish. It is also important to ensure that in an emergency, doctors are aware of an advance decision before emergency treatment is given.

This case highlights that intolerable suffering is highly personal. For MSP, a stoma was intolerable, but many other people may be able to adjust to life with a stoma and are pleased to have this treatment. It is the individual’s well-considered, well-informed decision that doctors have to respect, and courts uphold, even if they might think it is unwise. I’m pleased to see that the courts are standing up for individual autonomy’.

Update 11th June 2020: MSP has now died, after his life support systems were turned off by hospital staff, following the legal ruling.

Your ticket for the: Adults have a right to shape and control their end-of-life, says Court of Protection

Adults have a right to shape and control their end-of-life, says Court of Protection