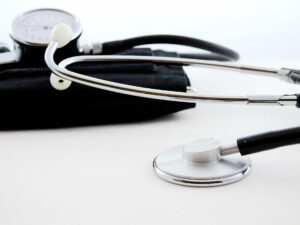 The British Medical Association has announced that following a landmark members’ survey on the topic more doctors would prefer for the BMA to actively support assisted dying, than those who oppose or are neutral. My Death, My Decision has welcomed the announcement as a clear signal that the BMA must now drop its opposition to assisted dying.

More than 29,000 doctors took part in the poll, which found:

Taken together, this means that the most votes cast for any option was for the BMA to actively support assisted dying, and a majority of 61% backed proposals for the BMA to drop its existing opposition.

In My Death, My Decision’s view the results mean that there is now a clear preference amongst members of the BMA for a shift in the trade union’s policy.

Since 2006 the BMA has opposed assisted dying. However, the BMA is now expected to change its stance at its next policy-making meeting, expected in June 2021.

‘Numerous independent polls show that the public is overwhelmingly in favour of an assisted dying law for England and Wales. Therefore today’s revelation by the British Medical Association that a clear majority of members either support, or are neutral, on the introduction of such a law, comes as no surprise. These convincing statistics mean that at its next annual representative meeting the BMA will surely have to shift away from its current opposition to an assisted dying law.’

‘Around 150 million people in different jurisdictions around the world now enjoy the human right to an assisted death, subject to robust safeguards. There is no justification for continuing to deprive the people of England and Wales of that same right. Seeing such a convincing proportion of the medical profession take the stance evidenced by the BMA survey, our politicians must now pick up the baton and take forward a meaningful debate on this key issue. We call on the Justice Secretary to set up a public inquiry without any further delay.’

Your ticket for the: Doctors vote to end BMA’s opposition to assisted dying in historic survey