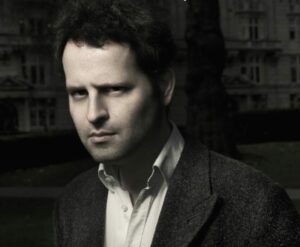 My Death, My Decision is delighted to announce the appointment of its newest patron, Adam Kay. Adam is an award-winning British comedian, writer, and former doctor.

Adam is probably best known for his debut book, ‘This is Going to Hurt’: a Sunday Times bestseller, which has sold more than one million copies in the UK and is a collection of diary entries based on Adam’s experiences as a junior doctor. His follow up book, ‘Twas the Nightshift Before Christmas’ was another acclaimed hit reaching number 1 on the Sunday Times Hardback Non-Fiction chart.

Outside of his career as an author, Adam is also a successful comedian and performer having sold-out at the Edinburgh Fringe for six years in a row and with television credits including Mitchell & Webb, Very British Problems, and Mrs Brown’s Boys. Described as one of the most influential people in the UK, Adam is a passionate supporter of the campaign to legalise assisted dying and a frequent contributor to the Sunday Times, Radio 4, and Newsnight.

‘We are absolutely delighted to welcome Adam as the newest patron of My Death, My Decision. Known across the country for his visceral honesty, unflinching humour, and heartfelt advocacy – and with his medical background having exposed him to the front line of end of life experience – Adam will be a great ambassador for patient autonomy and the assisted dying campaign’.

Your ticket for the: My Death, My Decision welcomes new patron, Adam Kay