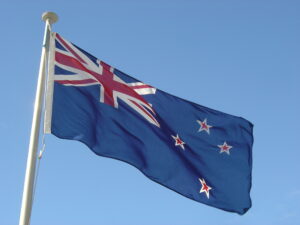 New Zealand has overwhelmingly voted to legalise assisted dying by 65.2% to 33.8%, according to the preliminary results of a nation-wide referendum. My Death, My Decision has welcomed the result as a decisive victory for campaigners, which will add renewed pressure on the UK to follow suit.

Nearly two thirds of voters in New Zealand opted to support proposals which would allow doctors to help adults of sound mind end their life, provided they are terminally ill and have a settled and un-coerced wish. In My Death, My Decision’s view these results represent yet another sign of support for assisted dying elsewhere in the world, coming just four years after another commonwealth country, Canada, voted to legalise assisted dying for the terminally ill and incurably suffering.

The official results of New Zealand’s referendum will be released on 6 November and a change in the law is expected to come into effect a year after that date.

Reacting to the result My Death, My Decision’s Chair Trevor Moore said:

‘We congratulate New Zealand for voting to endow those at the end of their life with the dignity, compassion, and autonomy that they deserve.

‘These results will add renewed pressure for the UK to change its law on assisted dying. When more than 150 million people  worldwide already have the option of an assisted death, reflecting that such reforms can be achieved in a safe and compassionate way, it is hard to see why the UK should deny its citizens the same basic human right.

‘Repeated polls have now demonstrated assisted dying is overwhelmingly supported in the UK, and nearly 90% of the public favour a change in the law for the terminally ill or incurably suffering. New Zealand shows the depth of popular support a compassionate assisted dying law has when the public are actually given a say. We urge all MPs to take notice of the groundswell of support for assisted dying in the UK and to take long overdue action to review our law. An important first step would be to hold an inquiry to examine the evidence, as has already happened in countless other countries. That way, politicians can make a properly informed decision, divorced from lobbying that too often is not founded on evidence.’

Voters were asked whether they supported the proposed law or not and preliminary results show a majority of 65.2% to 33.8% of voters supported it.

Under the proposed law doctors will be able to assist someone with six or fewer months left to live to end their life, if they are 18 years old, a citizen/resident of New Zealand, experiencing unbearable suffering that cannot be eased and an ongoing decline in physical capability, and provided they are able to make an informed decision.

The option of an assisted death would be subject to safeguards including a requirement for any request to be made in writing, a requirement for an independent doctor to verify an individual’s eligibility (as well as a psychiatrist specialist confirming their capacity if there were any doubts), and an oversight body review to ensure the law was complied with.

The official results will be released on 6 November and if more than 50% vote yes in the referendum the End of Life Choice Act will come into force 12 months after this date.

The UK Parliament last voted on assisted dying in 2015, rejecting by 330 against to 118 a private members’ bill to legalise assisted dying for those who are terminally ill and likely to die within six months.

Last month, in one of the largest surveys of medical opinion ever, half of doctors said they personally supported changing the law on assisted dying. In the British Medical Association members’ survey on assisted dying, 59% of doctors also felt that, if the law is to change, then patients with physical conditions causing intolerable suffering which cannot be relieved should be able to access assisted dying; whereas only 24% thought that only patients suffering from a condition likely to cause death in six months or less should be eligible.

Recently, the families and living claimants of most of the previous assisted dying cases came together for the first time, to urge the UK Secretary of State for Justice to instigate a review into assisted dying or call on the UK Parliament to conduct one, similar to the process which began New Zealand’s path to legislative reform.

Assisted dying is now permitted for terminally ill and incurably suffering people in Canada, Belgium, Italy, Germany, Luxembourg, and the Netherlands. It is also permitted specifically for terminally ill people in Colombia, ten US jurisdictions, and the Australian state of Victoria, and will soon become legal in Western Australia. Following these results, it is also expected to become legal in New Zealand. An assisted dying bill for the terminally ill and incurably suffering is also currently going through the Dáil in the Republic of Ireland.

Read more about our campaign to legalise assisted dying.

Your ticket for the: Assisted Dying Referendum: New Zealand votes to overturn ban on assisted dying