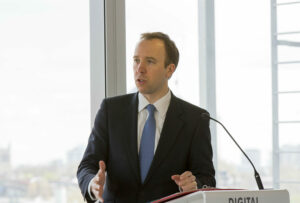 In an urgent parliamentary question on 5th Nov 2020, the day a second lockdown was introduced in England, Andrew Mitchell (MP) asked the Health Secretary Matt Hancock to make a statement on the impact of new coronavirus regulations on the ability of terminally ill adults to travel abroad for an assisted death.

In his response, Matt Hancock reminded the house that under the 1961 Suicide Act, it is an offence to encourage or assist the death of another person but that ‘it is legal to travel abroad for the purpose of assisted dying where it is allowed in that jurisdiction.’ He then clarified: ‘The new coronavirus regulations … place restrictions on leaving the home without a reasonable excuse; travelling abroad for the purpose of assisted dying is a reasonable excuse, so anyone doing so would not be breaking the law.’

Andrew Mitchell responded, drawing attention to the significant changes in medical opinion reflected in the recent BMA poll of doctors; the developments in New Zealand and the Republic of Ireland regarding the introduction of assisted dying laws; together with the strong public support in the UK. He recognised the government’s position of neutrality, but requested a greater understanding of three things:

Although Mr Mitchell made clear that his personal preference was for a law along the lines of the limited law in Oregon, he included Canada in the countries he cited. Canada has a broader approach to assisted dying, without a hard limit on life expectancy, which is strongly favoured by MDMD.

Mr Hancock responded ‘…we acknowledge the changing views of many, including many in the medical profession, and, of course, we observe the changes in the international debate. I think it is absolutely reasonable for this House to have a conversation and discussion on what is an important topic, and it is right that we locate that question within a broader discussion of how we care for people at the end of their lives’.

In the following discussion several MPs raised issues reflecting the growing support for a change in the law, always referencing “terminal illness”, without clarification.

A particularly insightful contribution came from Noel Conway’s MP Daniel Kawczynski: ‘It is very difficult to tell somebody who is in pain and suffering and who wants to die that the state is going to prevent them from doing that. As a Roman Catholic, I recently changed my mind on the issue because of my constituent Mr Noel Conway, who lives in Garmston near Shrewsbury. I said to him, “Why don’t you go to Switzerland?” and his answer will stay with me forever: “No, I’m an Englishman. I want to die in England.” It is extremely important that our citizens have that right. Will the Secretary of State do me the courtesy of agreeing to a short Zoom call with my constituent Mr Noel Conway, who is getting a national reputation as a leading campaigner on the issue?’ Mr Hancock agreed to that request.

‘The debate highlighted again the absurdity of requiring those who want a legal assisted death to travel to Switzerland. It was encouraging to see the positive tone of many MPs towards an inquiry with a view to changing the law. However, such an inquiry needs to address the issue for all those who are incurably suffering, regardless of their life expectancy. MPs need to understand that restricting eligibility to those with a life expectancy of six months or less would be discriminatory, as it would exclude people facing years of constant and unbearable suffering such as Tony Nicklinson.’

Your ticket for the: Travel to Switzerland for an Assisted Death not Criminalised by Lockdown Legislation