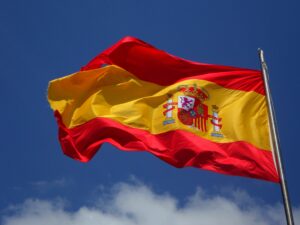 Spain is now the fourth European country to adopt an assisted dying law that permits a medically assisted death to those who are terminally ill or incurably suffering, after Switzerland, Netherlands, Belgium and Luxembourg. The Spanish parliament passed the bill on 18th March 2021 with 202 votes in favour, 141 against and two abstentions. Like the UK, Spain has strong public support for the change.

To be eligible under the new law someone must ‘suffer a serious or incurable disease or a serious or chronic condition,’ which causes them ‘intolerable suffering.’ The drugs used to cause the assisted death can be administered either by the patient themselves or by their doctor. This is in line with legislation in Canada, Netherlands, and Belgium.

There are strong safeguards built into the legislation. The process is initiated by a written request by the patient, expressing their clear wish to end their life. The patient must be a Spanish national or a legal resident and must be ‘fully aware and conscious’ when making the request. The request must be re-submitted 15 days later. The patient must have been supplied with information about their medical condition and the alternatives that are available to them.

Once the second request has been made, the application is passed to a regional commission. They will appoint two professionals who have no connection with the case to review the application. On the basis of their conclusions, the commission will then approve or reject the case. The decision must be reached within 19 days. The overall process could therefore take over a month. The regional commissions will consist of at least seven people, including medical, legal and nursing experts.

The patient may change their mind at any time. Once authorisation is granted, the patient can delay their assisted death as long as they want.

‘The Spanish Assisted Dying law brings the option of a peaceful assisted death to another 47 million people. The Spanish law applies to those who are incurably suffering, regardless of their life expectancy. MDMD welcomes this as it will apply to many people whose long term incurable suffering would be ignored by a more restrictive law, like that in Oregon, which limits an assisted death to those with a life expectancy of six months or less.’

‘In the UK we urgently need an inquiry into how to make the UK law more compassionate. MPs need to look carefully at the example of countries like Spain and Canada.’

Your ticket for the: Spain legalises assisted dying