Assisted dying campaigner urges lawmakers not to forget the incurably suffering, as new Bill is introduced into the Lords 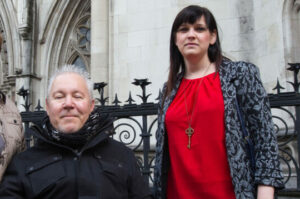 A new Bill that would allow doctors to prescribe lethal medication to patients with less than six months to live has been introduced in the House of Lords. My Death, My Decision, which campaigns for legal assisted dying for both those with terminal or incurable conditions, has welcomed the Bill as an important step forward but urged lawmakers not to forget the incurably suffering.

The Bill has been introduced by Baroness Meacher, who is the Chair of Dignity in Dying. Under the prospective law, terminally ill mentally competent adults in the final six months of their life would be able to request assistance to die. Two independent doctors and a High Court judge would have to assess each request and grant it permission before assistance could be provided.

The prospective legislation would not help those with incurable medical conditions, such as Tony Nicklinson who suffered from locked-in-syndrome – despite up to 88 per cent of Britons supporting such a right, according to a 2019 poll.

‘This Bill coming forward today is really important but doesn’t go far enough. It wouldn’t help people like my dad who spent years trapped inside his own body, living a life he didn’t want to live – where he had no way out.

‘Whilst Dignity in Dying campaign for the terminally ill – which we absolutely support – we do want to see it go further and Humanists UK and My Death, My Decision are very much at the forefront of that … [Those who are incurably suffering, like Tony] aren’t being publicly represented in the same way, but they still need to be fought for … Why isn’t their right to choose and autonomy being respected? … Why was Dad allowed to die in the way he did, when he could have had a much more peaceful way out?’

‘Allowing people who are terminally ill or incurably suffering the freedom to choose how, where, and when they die is the hallmark of a compassionate society. With up to 88% of the public favouring a change in the law, half of all doctors personally backing reform, and progressive countries around the world showing that autonomy can be balanced alongside robust safeguards, now is the time for our outdated laws on assisted dying to change.

‘As a first step towards securing that much-needed reform, we strongly welcome this Bill and the dignity, choice, and compassion it would enshrine into law for some of those with terminal illnesses. However, we urge lawmakers not to silence the voices of those who are incurably suffering, or ignore their cause as well. The suffering of people with incurable medical conditions is no less severe than those with terminal illnesses. And their choices deserve no less respect.’

For any more information or comment please contact Keiron McCabe, My Death, My Decision’s Campaigns and Communications Manager at keiron.mccabe@mydeath-mydecision.org.uk or phone 07972204007

Your ticket for the: Assisted dying campaigner urges lawmakers not to forget the incurably suffering, as new Bill is introduced into the Lords

Assisted dying campaigner urges lawmakers not to forget the incurably suffering, as new Bill is introduced into the Lords