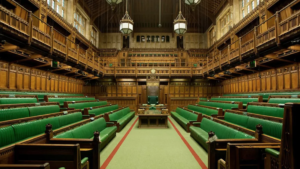 Credit: UK Parliament. Parliamentary copyright images are reproduced with the permission of Parliament

Assisted dying campaigners have been pressing the Prime Minister to support Baroness Meacher’s Private Member’s Bill, which successfully passed its Second Reading in the House of Lords on 22 October. However, Boris Johnson recently went on the record indicating that he would not support the Bill if it was brought before the House of Commons.

If it were to become Law, Baroness Meacher’s Bill would legalise assisted dying for the terminally ill. However, it is difficult for Private Members’ Bills to become law because they are often not allocated adequate time by the Government to pass through all the necessary stages in Parliament.

In the past, Boris Johnson has expressed a more supportive view of assisted dying reform, albeit limited to those with six months or fewer to live. In 2014, whilst Mayor of London, his column for the Telegraph states that “we know that it is humane – something we hope someone may have the kindness eventually to do to us, too.” This was in response to a similar Bill introduced at the time by Lord Falconer.

Earlier this year the Government also indicated it was exploring the impact of current legislation, when the former Health Secretary, Matt Hancock, requested more data from the Office of National Statistics regarding suicides by those who are terminally ill. This was in response to ONS statistics which suggested as many as 1 in 7 suicides in the UK is by someone that has been treated for cancer, neurological, heart or lung disease in the previous 12 months. Matt Hancock subsequently told the All-Parliamentary Party Group for Dying Well that it is important that the assisted dying debate is “as well informed as possible”. The Government has stated that it does not collect data on assisted dying in the UK.

The Government’s official view is that any changes to assisted dying legislation should be an issue of individual conscience to be debated and decided in Parliament. However, the lack of Government support means it is unlikely that there would be an adequate opportunity for debate in the Commons should the Bill pass successfully through the House of Lords. Private Members’ Bills are often ‘timed-out’ as they cannot be carried over into subsequent Parliamentary sessions, but the Government can choose to allocate them more time if they would like to support the passing of the Bill.

Baroness Meacher’s Bill is currently awaiting a date for its Committee Stage in the House of Lords after successfully passing its Second Reading.

Your ticket for the: Boris Johnson opposed to assisted dying reform