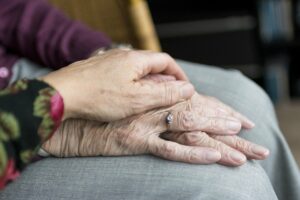 The family of an unnamed woman who travelled to Switzerland to die in secrecy have criticised the current ban on assisted dying for denying their family and close friends a right-to-say-goodbye.

The family, who have asked not to be named, felt compelled to travel more than 1,000 miles by car and ferry to avoid police scrutiny and spent more than £10,000 after their relative, who had been diagnosed with motor neurone disease and who could no longer eat or speak, begged them to help her die with dignity.

The family said they had felt anxious, that the woman’s GP, who had provided medical records, might realise what was happening and prevent their relative from traveling abroad. As a result, the family took extra precautions to maintain their secrecy, meaning the woman was unable to say goodbye to cherished friends and other family members – denying her and them closure, which would have been possible in other circumstances.

Describing the sense of ‘constant anxiety’ and ‘fear’ that the family would be stopped at any moment, the woman’s daughter has spoken out in favour of changing the law on assisted dying, adding that the secrecy was a burden that only added to her grief.

‘I want to tell my manager at work, I want him to understand what we have been though, but I dare not. I am not ashamed of what we have done. It was the right thing for my mum’.

Phil Cheatle the  Lead Campaign Commentator for My Death, My Decision said:

‘This case illustrates the tragedy of our current law.’

‘Those who merely want the right to die on their own terms are forced by our law to conceal their plans, out of fear of being discovered or prevented from exercising choice and control over how they die. The need for secrecy deprives both family and friends of saying goodbye in the manner they would wish. But the current UK alternatives of refusing treatment, refusing food and liquid, or taking one’s life unaided while you are still able, all seem far worse.’

‘The law clearly needs to change. More and more people are deciding that the compassionate assisted dying options, which are available in an increasing number of jurisdictions, such as Canada, are far preferable to ending one’s days in enforced suffering in the UK. We urge the Government to authorise an investigation into the current law, and ensure no-one else is forced to go through the anxiety of a secretive death’.