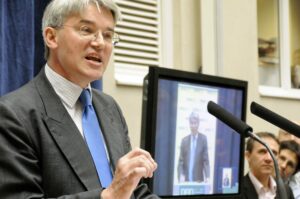 Conservative MP, Andrew Mitchell, in a recent Sky News interview, suggests that the law on Assisted Dying may change within this parliament. ‘I was, as a student and as a young MP, adamantly opposed to Assisted Dying and over the years my view has changed completely’ he said. His comments have been welcomed by right-to-die campaigners, and follows after Daniel Kawcynski MP claimed his view on Assisted Dying had changed.

In his interview Andrew Mitchell goes on to say that the change he wishes to see is limited to those within six months of dying. However doctors point to the impossibility of accurately giving a life expectancy, leading to a broader definition of ‘terminally ill’ in Scotland, with calls for similar changes in England and Wales.

Meanwhile, Canada’s law is evolving to remove any requirement to predict life expectancy and follows a more flexible approach. Because doctors are unable to accurately predict life expectancy, that flexibility overcomes a significant medical concern. The Canadian step-by-step approach shows a cautious, careful development, not the ‘slippery slope’ hyped by opponents.

‘It is gratifying to see MPs increasingly changing their minds in favour of assisted dying. However, in his proposal Andrew Mitchell fails to address the weaknesses of the arbitrary six month limit. As Lord Neuburger put it in the Tony Nicklinson legal case, ‘There seems to me to be significantly more justification in assisting people to die if they have the prospect of living for many years a life that they regarded as valueless, miserable and often painful, than if they have only a few months left to live.’ (Tony Nicklinson suffered from locked in syndrome – a non-terminal condition which made his life intolerable for him.)’

‘What is needed is a thorough and open evaluation of the options for assisted dying legislation, learning from countries like Canada, before picking any particular approach. In particular, we need to ensure that anyone who feels they might be vulnerable to inappropriate use of assisted dying legislation has adequate protection. We also need to avoid arbitrary restrictions that would prevent access to the legislation for some of those facing incurable suffering, when that is their own, informed and settled wish. With the rise in incurable degenerative diseases, many people are “dying” for much longer than six months. Appropriate use of the legislation should be determined by incurable suffering, in whatever form that takes, and personal choice, not unreliable estimates of life expectancy.’

Your ticket for the: Parliament could legalise assisted dying within 4 years, says ex Cabinet Minister