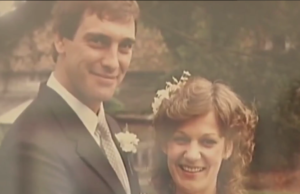 Jane Nicklinson, one of the signatories of the letter, alongside her husband Tony, who had locked-in syndrome in the run-up to his death in 2012. Credit: Andi Reiss ‘Endgame’

The families and living claimants from most of the past right-to-die cases have come together for the first time, and called for an inquiry into assisted dying. In a joint letter, the campaigners, involved in more than two decades of legal cases, say that recent evidence now makes the case for an inquiry ‘overwhelming’ and have urged Parliament not to ‘turn a blind eye’ to the suffering caused by the current law.

The intervention follows just days after a leading Conservative MP, Andrew Mitchell, claimed that assisted dying could now be legalised within four years.

The full statement, published in The Guardian today, reads:

We represent the families and living claimants of most of the previous assisted dying legal cases. We have come together, for the first time, because we now believe there is an overwhelming case to set up an inquiry into the law.

It has now been half a decade since Parliament last examined legislation to legalise assisted dying, and fifteen years since it formally scrutinised the evidence. In that time, the number of Britons travelling to Switzerland had rocketed sixfold; successive countries, including Canada, Germany, Italy, and parts of the United States and Australia have legalised assisted dying, demonstrating that such changes can be achieved in a safe and compassionate way; public opinion has dramatically risen to nearly 90% supporting a change in the law for the terminally ill and incurably suffering; and there has been a significant shift in medical opinion and from within the disability community.

Following our unsuccessful legal cases, it is now obvious that parliamentarians alone have a responsibility to look at this matter again. They must not allow our cases to become the final word on the matter, or else countless others will experience the indignity, suffering, and agony that we can attest that this law creates.

The evidence on assisted dying has simply changed, and Parliament cannot afford to turn a blind eye any longer.

‘Since the UK Parliament last considered an assisted dying law, an increasing number of jurisdictions worldwide – Canada, several states in the US and Australia, and other European countries – have adopted or are actively considering assisted dying laws. Contrary to what opponents claim, these other countries have shown that an assisted death is a choice that stands alongside palliative care as part of end of life choices, not in opposition to it.

Meanwhile, as several opinion polls have confirmed, the public is now overwhelmingly in favour of an assisted dying law – well over 80% and as high as 90% for some scenarios.

Yet the UK Parliament remains deaf to the pleas of those who wish to avoid suffering painful and traumatic deaths, such as the brave campaigners who have brought  legal cases against the Government to allow an assisted death.

The time for politicians to stop ducking this much-needed human right is now. We at My Death, My Decision remain committed in our campaign to achieve a law to embrace both the incurably suffering and the terminally ill.’

Your ticket for the: A generation of assisted dying campaigners demand an inquiry into the law