Police fail to detect up to 30% of assisted deaths, new research finds 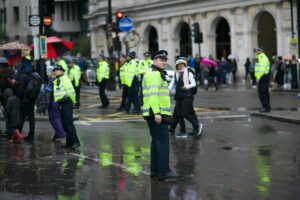 At least 3 in 10 people who travel to Switzerland for assisted deaths are unknown to the authorities, according to new research by the campaign group My Death, My Decision. Campaigners have said the findings raise serious questions about the current law’s effectiveness, and underlines the need for a fresh Parliamentary inquiry into assisted dying.

Figures disclosed under the Freedom of Information Act show that between 2015 and 2019, a total of 156 crimes for aiding suicide were recorded by police forces across England and Wales. However, data from the Swiss assisted dying facilities Dignitas and Lifecircle, show that over the same period 225 people from England and Wales travelled to Switzerland and ended their lives – meaning at least 3 in 10 people were not recorded.

In normal times, the UK Assisted Dying Coalition estimates that at least one Brit travels to Switzerland to end their life every week.

The release of these figures come after Henry Marsh – one of the UK’s leading brain surgeons, bestselling authors, and patron of My Death, My Decision – has called for an urgent inquiry into assisted dying after revealing he has advanced prostate cancer. His call for an inquiry has been backed by more than 50 MPs and peers from different political parties, some of whom previously voted against changing the law.

Responding to the release of these new figures, My Death, My Decision’s Chair Trevor Moore said:

‘These new figures show that the UK’s law banning assisted dying does not protect potentially vulnerable people, but relies upon safeguards in Switzerland instead. They raise serious questions about the current law and its potential for abuse, because the UK Government cannot protect people they don’t know exist.’

‘At least one person a week now travels from the UK to Switzerland to end their life. During such an emotionally fraught period, a compassionate law would allow someone’s friends and family to come to terms with the death of their loved one without the threat of prosecution hanging over them. But instead, our law necessitates a culture of secrecy and deception – resulting in those accompanying loved ones abroad often doing so without any UK oversight. Meanwhile, progressive countries around the world continue to show that a regulated system of upfront safeguards is the best way to protect everyone.’

‘It is time for Parliament to scrutinise the UK’s outdated and broken laws on assisted dying, by launching a long overdue inquiry into the law. This would enable politicians to examine ill-founded claims, hear evidence from around the globe, and reach an informed decision about changing our law.’

Read My Death, My Decision’s research at least three in ten assisted deaths are unknown to the police.

In 2019 and 2020, My Death, My Decision sent a Freedom of Information request to all 43 territorial police authorities in England and Wales. The request was for the number of recorded crimes, arrests, and individuals charged for assisting another to die under the 1961 Suicide Act between 2015 and 2019; or recorded under the Home Office’s codes for assisted suicide. The total number of recorded crimes was then compared against figures held by the Swiss organisations Dignitas and Lifecircle for the number of people in England and Wales who ended their life in Switzerland, over the same period.

3 in 10 is likely to be a conservative estimate since the number of recorded crimes from the police included assisted deaths that occurred both in the UK and abroad. Thus, the true number of people travelling to Switzerland without the police’s knowledge may be even higher.

Your ticket for the: Police fail to detect up to 30% of assisted deaths, new research finds

Police fail to detect up to 30% of assisted deaths, new research finds