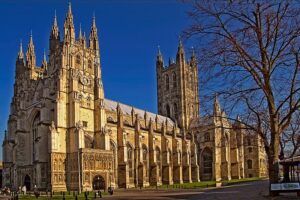 The Church of England has voted to continue to oppose assisted dying. In a meeting of the General Synod on 10 July, Church leaders voted to oppose any change in the law.

The Synod debated the private member’s motion tabled by Dr Simon Eyre. In a background note, the Synod’s Secretary-General, William Nye, wrote that the Church of England “has been adamant in its rejection of a change in the current law in parliament”.

In a piece for the Church Times, Rvd Canon Rosie Harper said the Church:

“is using its moral heft to deprive others of that freedom to choose the manner of their death. More than 80 per cent of religious people want a compassionate new law. Still, a few senior church leaders claim that their moral insight is superior to that of the common person. The implication is, therefore, that the more senior you are, the deeper your insight and the more correct your moral compass.”

“Where we are now is neither loving nor compassionate. A new law would protect the most vulnerable with proper checks: a far better situation than the current one. It would prevent early suicides. It would give comfort to many more people than those who actually took the final step, and it would restore the dignity of being able to decide about their own life at the very point when they need that freedom the most.”

Trevor Moore, Chair of My Death My Decision, said:

It is disappointing to see the Church of England take such a trenchant position on a matter like assisted dying – as politicians keep telling us, this is a matter of individual conscience. So should it also be for members of the Church. Our patron, Rev’d Canon Rosie Harper (who is a former member of the General Synod), has succinctly summarised how a compassionate law with appropriate protocols would provide the very protections that are lacking with our own, current – indeed broken – laws.

We hope that all members of the Church will listen to the evidence when we have a parliamentary inquiry, including that from countries that have allowed assisted dying for many years and, in some cases, decades. Based on that they can then make an informed decision.

Notes:
My Death, My Decision is a grassroots non-profit organisation that campaigns for a balanced and compassionate approach to assisted dying in England and Wales. As a growing movement, we are at the forefront of social change: nearly 90% of the public now favours a change in the law to allow adults of sound mind, who are either terminally ill or facing incurable suffering, the option of a peaceful, painless, and dignified death.

Your ticket for the: Church of England oppose assisted dying