Skip to content
Home|Canada, Dementia|Do Alzheimer’s sufferers have to choose assisted dying too soon?
Previous Next 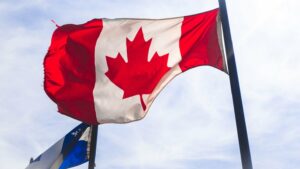 Leila Bell, an 85 year old Canadian, suffered from early stage Alzheimer’s disease. She died in August 2019 using the Canadian Medical Aid in Dying (MAID) legislation. However, in an in depth interview shortly before her death, she explains that she is angry that she had to end her life as soon as she did, because she was afraid that if she delayed, she might lose her mental capacity. Mental capacity at the time of an assisted death is one of the safeguards in the current Canadian MAID legislation.

In her video Leila Bell says: “If I had been able to do an advanced request, I would not have had to decide to make that decision to die now. … I have been forced to decide now because I fear that at some future time, I will not be able to request it due to the compromise in my brain being much more severe.”

Canadian MAID providers have drawn up guidelines on how to best help people like Leila. The Canadian government is considering extending the MAID legislation, possibly to include those like Leila Bell. In Switzerland, like Canada, those eligible for a medically assisted death must have mental capacity at the time of death. The Netherlands and Belgium permit euthanasia by an advance request, but there are very few cases where this happens.

Assisted dying in cases of dementia raises a number of issues. See this page for a detailed discussion.

‘It is easy to sympathise with Leila’s concern, but the issues involved are far from simple. It is a large step to ask someone else to decide, on your behalf, when to end your life. This is especially difficult for someone who is still conscious but lacks mental capacity.’

‘Dementia is now the cause of 1 in 8 deaths in England and Wales, a figure that rises to 1 in 4 deaths for women over 80. Advanced dementia is a condition many would wish to avoid. 88% of people consider the option of medically assisted dying to be acceptable for Alzheimer’s patients, before they lose mental capacity, in at least some cases. MDMD is watching developments in Canada closely in the hope that the UK can learn from their experience.’