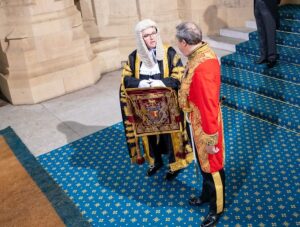 Secretary of State for Justice, Robert Buckland QC, has announced that he is considering a review into the law on assisted dying, adding there is a need to ‘take into account compassionate reasons’.

His comments which first appeared in the Express newspaper, follow after MPs debated assisted dying last week for the first time since Paul Lamb and Phil Newby were rejected permission to challenge the law.

‘Although Crown Prosecution Service guidelines strike a decent balance on the need to follow the evidence, the need to take into account compassionate reasons, I do continue to consider the matter very carefully. My own view is that I wouldn’t support (assisted suicide) but that’s my view as an individual. As Lord Chancellor I have to think about the merits of having a call for evidence, which I will actively consider in the next few months.’

‘The balance of evidence in favour of a compassionate, safeguarded, and inclusive right-to-die really has changed since 2015, and it is encouraging that the Government is giving this issue the serious consideration that it deserves.

Only last week MPs were asked to debate assisted dying, but then weren’t equipped with the necessary and impartial evidence to do so – leading to several misunderstandings and inaccuracies.

Every week more than one person a week from the UK is now forced to end their life abroad – which simply wasn’t the case in 2015. The trend in medical opinion continues to move in favour of review, as both the Royal College of General Practitioners and British Medical Association have committed to surveying their members – and beyond this, more countries, including Canada, have demonstrated internationally that a balance can be struck between robust safeguards and a dignified death. None of this was the case in 2015, and a review is now long overdue.’