My Death, My Decision responds to Republic of Ireland’s Death with Dignity Bill consultation 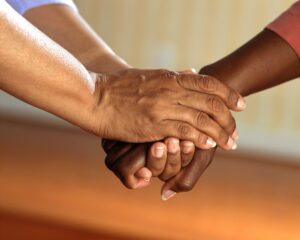 My Death, My Decision has informed Irish lawmakers it strongly supports proposals to legalise assisted dying for the incurably suffering in Ireland. In response to a consultation on the Death with Dignity Bill – which if passed, will enable Northern Irish citizens to access an assisted death by travelling to the Republic – MDMD said it welcomed the Bill’s forward-thinking principles and inclusive eligibility criteria.

Under the proposed legislation, doctors would be able to help both Northern Irish and Republic of Ireland citizens suffering from ‘an incurable and progressive condition which cannot be reversed by treatment’ end their lives, provided a request is made freely and without coercion. Importantly, the eligibility criteria do not include a requirement that the applicant has six or fewer months left to live. This reflects a growing international movement away from laws based on the ‘life expectancy’ model.

In its response to the consultation, MDMD – responding on behalf of its members and supporters in Northern Ireland – praised the Bill’s framework for striking ‘a sensible balance between respecting the wishes of those who are terminally ill (and incurably suffering), and ensuring a robust system of safeguards’. Further cautioning that narrower the eligibility criteria could ‘prove arbitrary and unworkable in practice’, risk putting Ireland out-of-step with international best practice, and discriminating against those with incurable and intolerable conditions such as Paul Lamb.

‘Advances in modern medicine mean it is now possible to extend the length of someone’s life further than ever before. But unfortunately, many more people are also suffering unnecessarily for longer before they die. For hundreds of people like Tony Nicklinson or Paul Lamb, bans on assisted dying are therefore tantamount to sentences of unyielding and inhumane suffering.’

‘By choosing to confront this injustice and square up to its consequences, Ireland has set an example we urge British lawmakers to heed. At the core of Ireland’s prospective law, there is a simple principle: people who suffer in the same way and seek the same degree of choice over when to end their life deserve the same dignity and respect as those with six or fewer months left to live. We strongly commend this progressive principle, and call on everyone who believes in reason, compassion, and empathy to support this bill.’

Read My Death, My Decision’s full response to the House of the Oireachtas, Committee on Justice: Death with Dignity Bill 2020 consultation: https://www.mydeath-mydecision.org.uk/wp-content/uploads/2021/04/The-Committee-on-Justice_-Death-with-Dignity-Bill-2020.-1.pdf

Your ticket for the: My Death, My Decision responds to Republic of Ireland’s Death with Dignity Bill consultation

My Death, My Decision responds to Republic of Ireland’s Death with Dignity Bill consultation