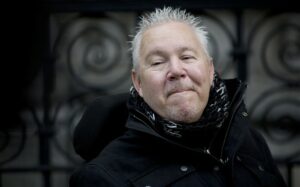 The former builder and father of two, who was paralysed from the neck down since 1990, had previously brought two cases challenging the law on assisted dying. In 2014, alongside Jane Nicklinson – the widow of fellow right to die campaigner Tony Nicklinson – he lost a case before the Supreme Court. Although two judges, including Lady Hale, were ready to declare the law banning assisted dying incompatible with Paul’s human rights, a majority ruled that Parliament should first be given an opportunity to debate assisted dying before the courts made a definitive judgment.

In 2019 he brought a fresh case, supported by My Death, My Decision, arguing that the current law was discriminatory and breached his human rights under Article 8 (right to a private and family life) and Article 14 (prohibition on discrimination) of the Human Rights Act. However, the Court of Appeal said there were ‘no arguable grounds’ for his case because assisted dying was ‘pre-eminently a matter for Parliament, not the courts’.

Subsequent to this, Paul Lamb wrote to the Secretary of State for Justice calling on him to ‘turn your sympathy into action’ by holding an inquiry into the law on assisted dying.

My Death, My Decision has been informed that Paul Lamb died on Tuesday 8 June. His cause of death is unknown. Prior to his death, it is understood that Paul Lamb had spoken of his desire to keep fighting for a change in the law.

Speaking at the time about his legal defeat, Paul Lamb said:

‘I cannot understand, in a civilised society like ours, why I should be forced to suffer when millions of people around the world already have the choice I asked for. Throughout my case, all I have been told is how sympathetic others are to my situation. But I have never wanted anyone to pity me. All I have ever wanted is for my choice to be respected and given equal validity under the law, like everyone else’s. Instead, this decision, if it is the final word on the matter, condemns me to a life of constant pain, and removes the small part of my life that I could still have some say over – how I want to die.’

‘The team at My Death, My Decision send their heartfelt condolences to Paul Lamb’s family and to everyone who knew and loved him. We are honoured to have had Paul as a much-valued patron who inspired so many people to support the campaign for a compassionate law on assisted dying. He will be greatly missed.

‘Paul faced considerable challenges with unrelenting courage, despite his evident suffering. Through it all, he remained committed to achieving a law that would allow an assisted death not only to the terminally ill, but also to those suffering incurably, as Paul did. We will carry forward his legacy by campaigning with renewed vigour for the law that Paul so tirelessly sought. That is why we continue to press for a public inquiry, now long overdue.’

‘Paul’s death has been a shock to us all, but I’m glad he is finally at peace. For years, Paul grappled with his condition and faced increasing pain, discomfort, and distress. But throughout it all, what scared him the most was his utter lack of control, and the prospect of his pain becoming too much to handle. I know Paul was resolute in his belief that nobody should be forced to suffer, and determined to keep fighting to change the law on assisted dying. I only regret that he now won’t be able to see such a choice realised, if the law were to change. I’m proud to have known him, and been able to call such a brave and courageous man my friend. I am going to miss him.’

Your ticket for the: Paul Lamb, resolute assisted dying campaigner, has died aged 65