Citizens’ jury on assisted dying paves the way for legislation in Jersey, with majority backing reform 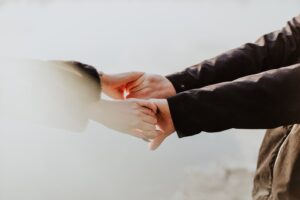 A panel of islanders has voted overwhelmingly in favour of changing the law on assisted dying in Jersey. My Death, My Decision – whose Director Robert Ince was called to give evidence to the panel as a faith leader – has hailed the result as a critical victory for campaigners.

According to an initial report, 78.3% of the Citizens’ jury agreed that assisted dying should be permitted for adults of sound mind, subject to robust safeguards. A substantial majority (70%) also thought the option of an assisted death should be available to those with either a terminal illness or unbearable suffering. A minority of 22% thought it should be restricted to the terminally ill.

Jersey’s citizens’ jury was convened in response to a petition started by My Death, My Decision’s Assisted Dying Coalition partners, End of Life Choices Jersey. It garnered support from 1,861 islanders. The panel of 23 randomly selected representative members met over a ten-week period earlier this year.

Robert Ince’s evidence centred on the importance of recognising the need to cover both those with terminal or incurable illnesses in any legislation- as well as the importance of treating others with respect and dignity within the Abrahamic faiths.

The news follows the death of My Death, My Decision’s patron Paul Lamb, who had been paralysed from the neckdown since 1990. Prior to his death, Paul had also been called as a key witness and had urged panellists to establish a right to die for those in his situation.

A final report from the citizens’ jury is expected to be released in August this year.

Speaking before the release of the initial results, My Death, My Decision’s Director Robert Ince said:

‘For more than twenty years the evidence from progressive countries from around the world has been clear – sensible, caring, and compassionate laws on assisted dying can be balanced alongside robust safeguards. I very much hope the jury’s panellists will allow those with terminal or incurable illnesses a compassionate choice and not deny others the same options they would want for themselves.’

‘The unequivocal results of the Jersey Assisted Dying Citizens’ Jury show how strongly public opinion supports an assisted dying law for the incurably suffering as well as the terminally ill – precisely the compassionate law that we campaign for at My Death, My Decision. A NatCen poll in 2019 showed even greater levels of public support for this approach in England and Wales. How much longer will it take politicians in Westminster to get on board with their constituents’ views and bring about our own law to reflect this?

‘Such a law would have helped our suffering patron Paul Lamb, who died earlier this month before the law he campaigned for was achieved. We call upon the Government to begin a public inquiry into assisted dying as soon as possible so that evidence, rather than alarmist misinformation, can win out. In that way, we can achieve the law that so many people want.’

Your ticket for the: Citizens’ jury on assisted dying paves the way for legislation in Jersey, with majority backing reform

Citizens’ jury on assisted dying paves the way for legislation in Jersey, with majority backing reform