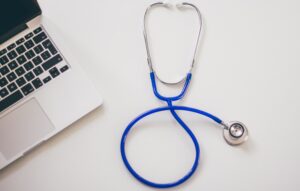 The UK’s largest professional body of doctors has voted to end its 15-year opposition to the legalisation of assisted dying. My Death, My Decision has welcomed the decision as a historic victory in the campaign for assisted dying.

By a margin of 149 to 145, members of the British Medical Association (BMA) voted to approve a motion stating ‘That this meeting believes, in order to represent the diversity of opinion demonstrated in the survey of its membership, the British Medical Association should move to a position of neutrality on assisted dying including physician assisted dying’ at its annual policy-making conference. This means that the BMA will now have a neutral stance on assisted dying, mirroring the positions of the Royal College of Physicians, the Royal College of Nursing, and Royal Society of Medicine.

The vote happened after Dr Wendy Savage, a patron My Death, My Decision secured a members’ survey last year. It found that half of all doctors personally support legalising a right to die. What’s more, 59% of doctors think adults with physical conditions causing intolerable suffering should be allowed help to die. Whereas only 24% of doctors think a right to die should be restricted to those with six months left to live.

This morning 103 doctors, including the leading brain surgeon Dr Henry Marsh and former Deputy Chief Medical Officer for NHS England Dr Graham Winyard, urged the BMA to end its opposition to assisted dying in a joint letter published in the Guardian.

The news comes ahead of a parliamentary debate of Baroness Meacher’s Assisted Dying Bill next month. If passed, this law would allow doctors to prescribe lethal medication to patients with less than six months to live and who have a clear and settled wish to die, subject to safeguards.

‘Today’s decision represents a historic milestone in the campaign to legalise assisted dying that will help to pave the way towards a future change in the law. In the fifteen years that the BMA has opposed assisted dying, the number of Brits travelling abroad to end their lives has increased six-fold, to at least one per week. Public support has soared in support of reform, with up to nine in ten people favouring assisted dying for terminally ill adults or those suffering with incurable conditions. What’s more, progressive countries, such as Canada, have demonstrated that changes in the law can be both compassionate and safe.

‘By adopting a neutral stance on assisted dying the BMA is now better placed to accurately represent the views of its members, and contribute their expertise to the debate. But, more importantly, they have also sent a clear signal that policymakers must not remain blind to the suffering caused by the current law any longer. We congratulate the BMA for its decision and now urge parliamentarians to move to change the law on assisted dying.’

For further comment or information, media should contact My Death, My Decision’s Campaigns and Communications Manager at campaigns@mydeath-mydecision.org.uk.

About the BMA’s stance on assisted dying

The British Medical Association has been opposed to assisted dying since 2006. In 2005, it was briefly neutral on the topic. On 14 September, with 302 representatives in attendance, the BMA voted to pass a motion which said: ‘That this meeting believes, in order to represent the diversity of opinion demonstrated in the survey of its membership, the British Medical Association should move to a position of neutrality on assisted dying including physician assisted dying.’ 149 of the representatives voted in support of the motion (49%), 145 voted against the motion (48%), and 8 abstained (3%).

Last year, the British Medical Association announced the outcome of its members’ survey on assisted dying. The survey was the result of a motion proposed by Dr Wendy Savage, the chair of the Islington Division of the BMA and a patron of My Death, My Decision. The BMA heard from almost 29,000 doctors and medical students and found 40% said the BMA should actively support a change in the law; 21% favoured neutrality; and 33% wanted to remain opposed. This totals 61% calling for the BMA to change its current hostile position on assisted dying.

The results also found that 50% personally believe that doctors should be able to prescribe life-ending drugs for patients to take themselves. Moreover, when asked who should be eligible for an assisted death if the law were to change, 59% felt that patients with physical conditions causing a terminal illness or intolerable suffering which cannot be relieved should be; whereas a further 24% thought only patients suffering from a condition likely to cause death in six months or less should be eligible.

Helping someone to end their own life is a criminal offence under section 2 of the Suicide Act 1961, and those found guilty can face up to fourteen years’ imprisonment.

On October 22, the House of Lords will debate the second reading of Baroness Meacher’s private members’ bill. If passed her Bill would legalise assisted dying for adults of sound mind who have less than six months to live, subject to safeguards including requiring the consent of two doctors and a High Court judge.

Assisted dying for both the terminally ill and incurably suffering is supported by up to 88% of the public, according to an independent poll by NatCen in 2019.

Assisted dying is or will soon be legal for the terminally ill in New Zealand, Colombia, 11 jurisdictions in the United States and 3 Australian states. It is legal for those with either a terminal or incurable illness in Austria, Canada, Belgium, Italy, Germany, Luxembourg, the Netherlands, Spain, and Switzerland.

Your ticket for the: BMA drops opposition to assisted dying